Country singer Miranda Lambert on Tuesday reportedly tossed her salad onto a woman during a heated argument at a Nashville restaurant.

“The House That Built Me” singer was dining with her mother and a family friend at the Stoney River Steakhouse when an older man started the fight, TMZ reported.

MIRANDA LAMBERT SAYS SHE ‘HAD TO SING WITH SOMEONE WITH A PENIS’ TO GET ANOTHER NO. 1 SONG

The man had begun the altercation with Lambert’s male friend in the men’s restroom over a statement about millennials and their cellphones, the outlet reported. When the man later approached Lambert’s table and started screaming, the two-time Grammy Award winner dumped a salad in his wife’s lap, according to TMZ.

Police responded to a call at the restaurant about two men fighting, but Lambert’s party had gone by the time authorities arrived, according to the outlet. Officers reportedly didn’t file a report of the incident.

Lambert and the restaurant did not immediately respond to TMZ’s request for comment. 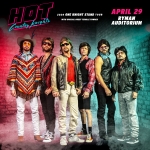